The proposed new development was located on difficult ground conditions of loose sands and a high groundwater table. Furthermore, up to 8m of basement excavation was proposed in close proximity to a neighbouring building. The extent of groundwater drawdown caused by dewatering during construction also needed to be considered. JK Geotechnics worked with the structural engineers, Van Der Meer Consulting, to assess and design the proposed development.

We then completed a three-dimensional computer analysis to model the proposed development construction sequence based on the detailed ground model generated from the site investigation. The results of the modelling were then used to assist with: 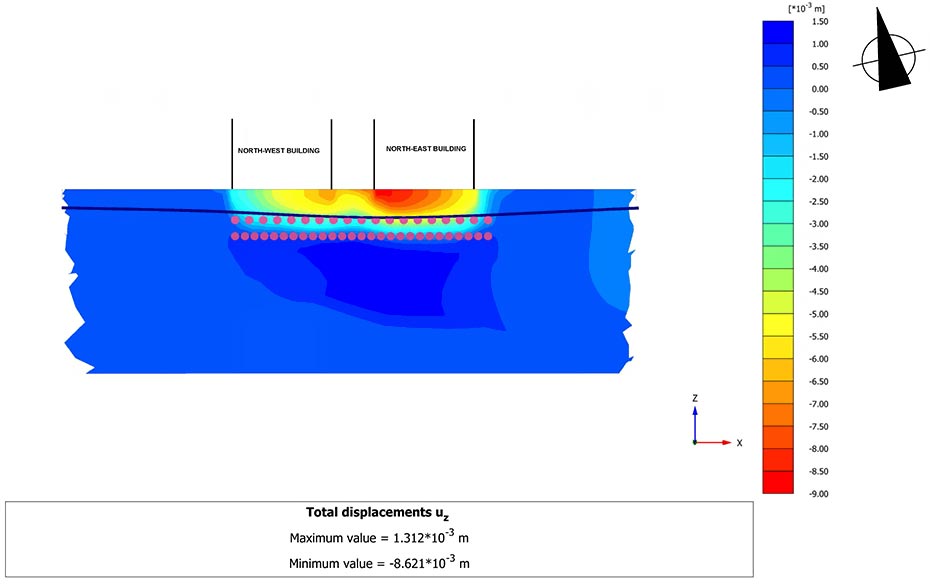